Hugh Armitage. Rich, kind, educated, attractive. Former POW. What’s not to like? Oh, is he trying to have an affair with your wife? Yeah, he did that too. 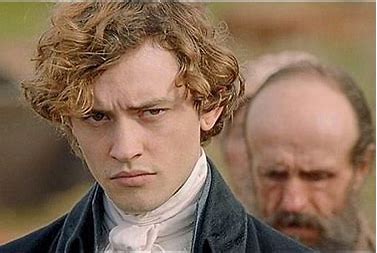 But on the other hand, it takes two and his and Demelza’s relationship was actually quite sweet. I was left at the end of his character arc rather sad. I also was confused about what killed Hugh Armitage.

What we(I) know/remember. **you think I would rewatch some episodes or something related to this post, but I gain nothing from these posts other than personal pride, so yeah.

I went searching around the internet which came up with a brain eating amoeba known as Naegleria fowleri due to infested water exposure while he was a POW in France or escaping?

This did not sit well with me as typically the brain eating amoebas have quite a rapid course of action. While I’m never totally clear on the timeline in Poldark, this did not appear that rapid of a deterioration.

so small, so destructive

Based on the time period and the abysmal conditions of the POW camp portrayed in the show, my first guess was going to be tuberculosis (TB). However, TB in a young and healthy (presumably) person typically doesn’t have that rapid of a course as your body can typically contain it. TB can manifest itself in many ways. There is a subtype known as military TB in which TB disseminates to many organs in the body and this version can have a more rapid course of deterioration.

I was discussing my thoughts on this show with a pediatric infectious disease specialist in the hospital (I really should have probably been studying for my pediatrics exam at the time, but I had to know) and he agreed that it was unlikely to be an amoeba. He said it sounded more like brain cancer which has historically been often referred to as “brain fever”.

Brain cancer is quite a rare diagnosis in general, but the symptoms also mostly fit. There are a number of types of brain cancer and some of them are benign enough that people can live with it for quite some time. Perhaps in the books Winston Graham expanded on the specific symptoms that Hugh was experiencing, but I only have what the show depicted (or didn’t depict).

There did seem to be some coughing and loss of vision. This fits better with TB. I have not heard or read about coughing being associated with brain cancer. Then again, the most common type of brain cancer is metastasis from another part of the body.

Cancer does happen in the young. This is definitely not unheard of.

This leaves us with parasites.

I would not say that parasites or really any infectious disease are a particular interest or expertise of mine, but the best I could come up with is the gnathostomiasis which can get into your spinal cord and can cause blindness and death in rare cases.

Unfortunately, this parasite is typically found in Southeast Asia and Africa. Also, that particular manifestation is RARE and common things are common.

If you have gotten this far in this meandering post, you know that Hugh was a POW in France. Soldiers get around and hygiene being what it was its not totally out of the question, but it’s not satisfying.

What did Hugh Armitage die of? I’d say if I was looking for the most obvious  answer, TB. I’m finding it hard to believe that Dwight wasn’t able to recognize this. Brain cancer is perhaps the next best thing. As for infection or general malaise/illness, who knows.

Regardless, the actor lives on!

View all posts by EmK7